Eskifjörður is a charming seaside village. Named after the adjacent fjord, it is centrally located in the region known as Iceland’s East Fjords.

Since the sea has long influenced village culture and industry, the traveller will enjoy simply walking and looking around, perhaps going to the Maritime Museum. In addition to other historic buildings and piers, the spacious, attractive fishing shed called Randulff’s Seahouse dates from 1890. At Randulff’s you will not only see how fisher folk used to work, but you can even try tasting the shark and dried fish which are still produced there.

The town has a geothermal swimming pool opened in 2006, a cultural centre, supermarket, boat rental, café and further attractions. With its assortment of village and rural farming communities nestled in the valleys alongside scenic fjords, East Iceland is a wonderful region steeped in culture and history.

The region is known for its varied nature and is the only part of Iceland inhabited by reindeer. A number of easy-to-approach bird species are an added attraction, along with a variety of the landscape types which typically lure people to Iceland, such as glaciers, stupendous mountains and peaks, tranquil fjords, wooded valleys and beautiful waterfalls.

Geologically, the East is one of the oldest parts of Iceland, and this, together with its colourful rock forms and semi-precious stones, makes it a paradise for specialists and the less scientifically-minded alike. Typical for the region are the fog banks which can suddenly, but softly drift in from the sea, sometimes staying just off the coastline, or resting at different levels up against the slopes, before suddenly disappearing. 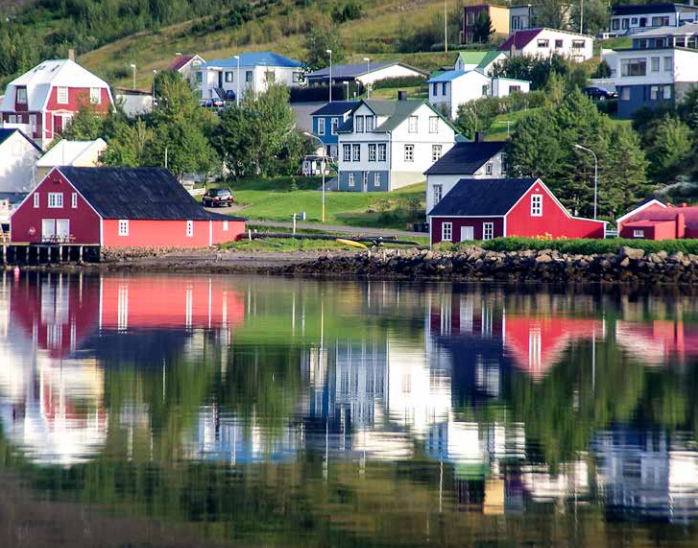 Village Walks
There are many enjoyable walking trails in and around Eskifjörður, one of the oldest towns in Iceland.
To connect you with the history of the town, stop by at a place like the Maritime Museum or the old fishing shed Randulff´s Seahouse.
On the second floor there is an old fisherman´s hut that has been left untouched since the 1940s.
You will find information on organised Village Walks on meetthelocals.
is.
Explore the East
Close to Eskifjordur there is one of the greatest outdoor activity areas in Iceland, Gerpissvæðið.
There are organised tours out into the stunning wilderness and to deserted inlets.
Swimming between Mountains
The outdoor swimming pool in Eskifjörður is one of a few in the East using geothermal water.
The pool has an incredible view of the mountains.
Eskifjörður Naturally
Icelandic nature is literally all encompassing, with a lovely hiking trail to the mountain above the town, beautiful waterfalls and an exquisite view.
Rowing out on the fjord is an adventure, or why not stop by at the cultural centre that specialises in unique and original concerts.
There are also plenty of opportunities to enjoy the noteworthy peace and quiet of the East.
For those craving a great selfie opp, check out the city signpost in Mjóeyri. 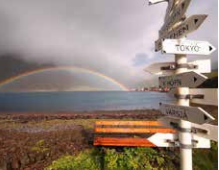 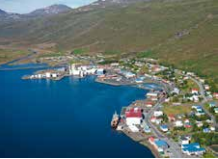